It was an exciting crypto year and not only in Germany, as shown in Part 1. Today we're going to review the three most discussed topics of the year worldwide!

3rd place: The tension rises, the next halving is just around the corner!

It is THE crypto event of the next few years: The third Bitcoin Halving in May 2020 is imminent and hardly a week goes by without new assessments and opinions on how the market will react to the event. While some believe that the price should explode, as it did in the past 2 Halvings, others believe that due to the increasing influence of institutional investors, the market could react differently this year, tending to be more extreme than expected - both in a positive and in a positive way negative sense.

We remember: In the past Halvings, Bitcoin rose 10 to 500 times against the US dollar!

Without wanting to go into the above-mentioned assessments in more detail, let's just shed light on the hard facts and what will definitely happen in the next year. We leave it up to everyone to assess how this could actually affect the course.

The fact is: In the early summer of 2020 (estimated on May 24th) the block reward and thus the new Bitcoin that miners receive for mining a new block will be halved again, from 12.5 BTC to 6.25 BTC per block.

According to the stock-to-flow model, the amount of newly created Bitcoins in circulation would be reduced by up to 63 million US dollars per week from May next year.

Against the background that the Bitcoin price results exclusively from supply and demand, it is up to everyone to interpret the effects of this upcoming, dramatic cut in supply.

2nd place: What takes a long time will finally be Bakkt!

No other project in the history of Bitcoin and Co has ever been so eagerly awaited as the Bakkt crypto platform, which has been considered the absolute hope of a new, sometimes still misunderstood industry since it was founded in August 2018. The goal: The development of an ecosystem that makes cryptocurrencies accessible to everyone - whether institutional investor or consumer.

Founded by the Intercontinental Exchange and the New York Stock Exchange (NYSE), the platform should initially start with the introduction of the first actually physically backed Bitcoin futures. Bakkt had above all to struggle at the beginning with the difficulty of actually being so innovative that the project was difficult to compare with anything that had ever been there.

Since the first planned start date in November 2018, the launch of the futures had to be postponed several times in order to ultimately not only meet all regulatory requirements, but also in practice all special wishes and needs of institutional investors.

And the start in September 2019 also turned out differently than many expected: Sections of the crypto community expected price explosions of apocalyptic proportions, although institutional investors are not known to rush to such new products immediately. While some university foundations and pension funds actually tested the innovative product immediately, the “big ones” waited, despite great interest, to watch what was happening from a safe distance.

The fact that Bakkt seems to have successfully passed this "test" is shown by the current development of the trading volumes of the futures: Since its introduction, this has broken new records almost every day and, at 42.5 million USD, again posted an all-time high a few days ago and at the beginning of December Bakkt even managed to introduce the first Bitcoin warrants before all other market participants.

In addition to the introduction and further development of regulated crypto financial products, Bakkt has another important goal: to make Bitcoin and Co "socially acceptable" - suitable for everyday use and accessible and understandable for everyone. Right from the start, the platform's strong partnerships are particularly optimistic when it comes to these high goals. Since the foundation, i.a. with Microsoft and Starbucks 2 adaption guarantors on board, mainly in the coming months are likely to play a decisive role:

After the topics of Bitcoin futures and warrants have already started successfully, the next big project is not aimed at institutional investors, but rather the daily applicability and use of Bitcoin and Co in the sense of a Bitcoin ecosystem suitable for the masses.

With this in mind, the introduction of a “consumer app” is planned in the near future, which will enable retailers to accept crypto currencies as easily as possible and also offer consumers all the advantages of crypto transactions without having to worry about the exact application and the technology in the background to have to do.

One possible approach would be a payment in US dollars, which is converted into Bitcoin during the payment process and then (if desired) converted back into dollars. In this way, all advantages of the Bitcoin network could be used without risking possible price fluctuations.

Mike Blandina, Bakkt Chief Product Officer, emphasizes "that cryptocurrencies will be successful if customers don't have to think about the underlying technology."

The app, which is supposed to do just that, is expected to be launched at Starbucks in the first half of 2020 and will be tested and further developed in close cooperation with the coffee house chain.

1st place: One against all - all against Libra!

The excitement was great when Mark Zuckerberg announced Facebook's own crypto currency "Libra" in May. A stable coin is planned, the value of which is linked to a mixed fiat currency basket, which gives the Facebook coin a relative stability, but also a direct dependence on the monetary policy of the respective central banks. In addition to this major difference, there are other points where Libra is taking completely different paths than Bitcoin: With only around 100 planned nodes, all of which are in the hands of the Libra partners, you cannot use a free or decentralized coin with Libra speak.

While experts criticize this lack of decentralization and the associated lack of security, the list of prominent partners is quite impressive:

In addition to Facebook, the 28 founding members of the Libra Association include PayPal, Visa, MasterCard, eBay, Spotify, Vodafone, Uber, Coinbase and many more.

However, the Libra Association was shaken vigorously and reshuffled just a few months after it was founded due to the following problem: A stable coin project, centrally controlled by a platform the size of Facebook, could have serious effects on US and world politics. Investigating the extent of these effects eventually became the goal of several sessions of the US Congress.

At one of these meetings in October, the aim was to clarify the necessary regulatory measures or even discuss a possible ban on the project.

However, after the invited Marc Zuckerberg cut a rather bad figure and some US legislators are currently calling for “managed stable coins like Libra” to be classified as securities, the Libra Association itself began to have doubts.

Particularly painful for Facebook: A few days after this conference, the major payment specialists PayPal, Visa, MasterCard and eBay leave the Libra Association and raise the question of whether Zuckerberg can still manage the project as a single fighter.

The words on the part of PayPal sound particularly harsh after the break with Facebook: CEO Dan Schulman explains that the project has turned out to be more difficult than previously assumed and that they would rather concentrate on their own plans in order to advance "financial integration", instead of using these resources for Libra. It remains to be seen exactly what this “financial integration” might look like, but in the same breath Schulman reveals an interesting commonality with other tech giants such as Elon Musk and Jack Dorsey:

PayPal CEO Schulman confessed to being a Bitcoin maximalist and consequently not holding any altcoins besides coin number 1.

While the current Libra debate and the meetings of the US Congress turned out to be rather sobering for Zuckerberg and Co., Bitcoin fans were especially happy. on the words of Meltem Demirors, MIT and Oxford lecturer and proven crypto expert, who was supposed to explain the difference between Bitcoin and Altcoins, which the community often calls "Shitcoins", before the US Congress.

With this in mind, she emphasized that Bitcoin is the only truly free and decentralized currency and therefore unstoppable. In addition, the following quote in particular caused a sensation worldwide and made the heart of every Bitcoin friend beat 3 beats faster:

“I think the idea here is that Bitcoin has a long history. The network has been in operation for 10 years and has been tested. People have tried to take control of the Bitcoin source code and steer it in certain directions [...] and this protocol [...] passed the test.

It's robust, and it has the advantage that it spent its first five years in its creation phase operating in this environment of innovation and not paying much attention to regulation.

All of these features are different from many of the coins that the community colloquially call shitcoins. " 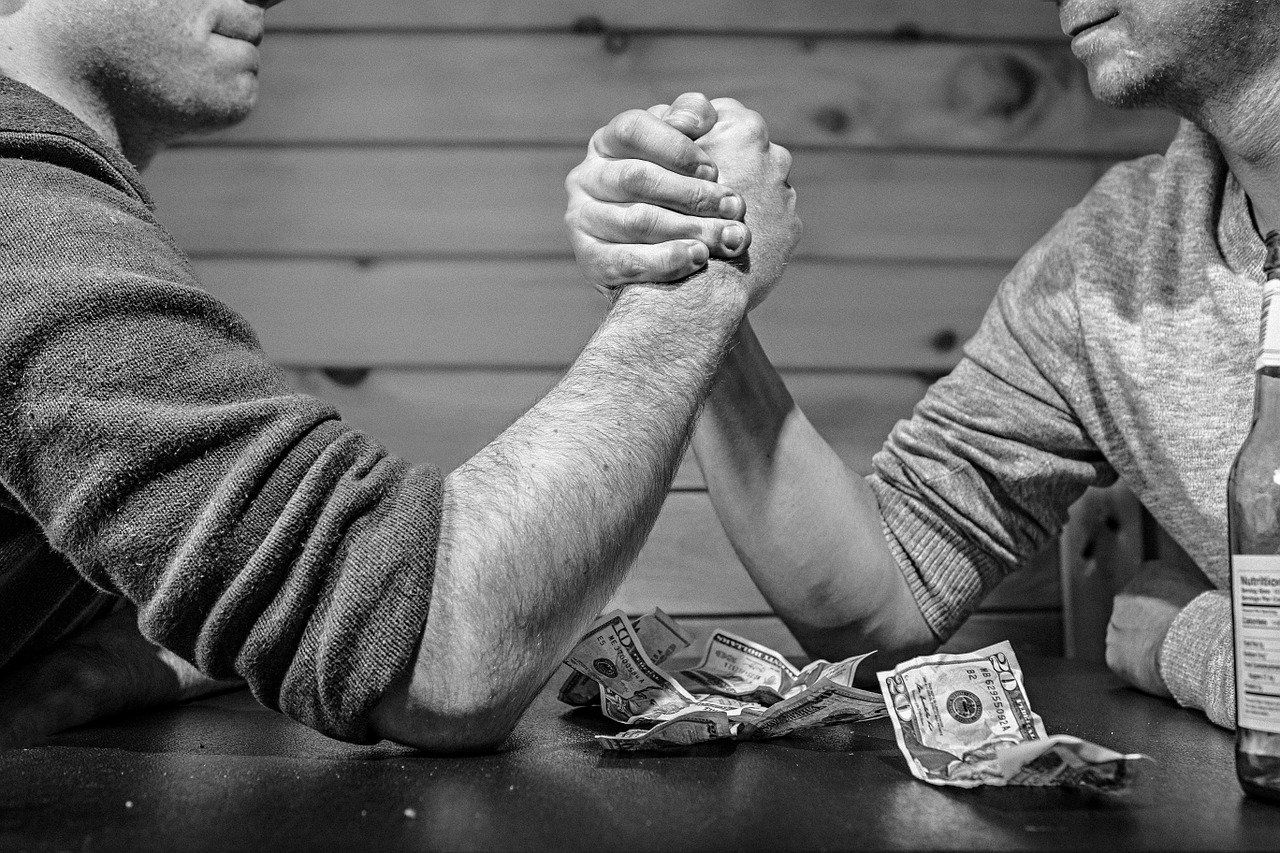